There are many posts on social media to comment or criticize the statue representing the 'Gleaner' inaugurated in Sapri, in the province of Salerno, in the presence of local authorities and the leader of the 5 Star Movement, Giuseppe Conte.
Many argue that it is sexist because it depicts a nineteenth-century peasant woman, in charge of gleaning which is spoken of in the poem of Mercatini that we all read in elementary school, "Eran 300 were young and strong ..." It is an insurrection against the Bourbons ended up in a massacre of the rebels and also perhaps of some peasant who had joined them.
What is criticized is the representation of the peasant woman with a pin-up body wearing transparent dresses and very prominent shapes. A statue that for many tickles the male *** imagination more than historical curiosity and the evocation of a dramatic event, offending the memory.

The sculptor Emanuele Stifano said: "If it had been for me I would have made a completely *** figure, the same goes for the Palinuro of a few years ago and for the statues I will make in the future, simply because I am a lover of the human body in general and I I like to work on it. However, I think it is useless to give explanations to those who absolutely want to see depravity or various things in it".

What do you think?

The gleaner of the poem lived in the 19th sekolo, when women wore baggy dresses, while a winking figure, with a see-through skirt, I find an image a bit of a woman object that takes a selfie in our 21st century . It does not remind me of our women (and men) who sacrificed themselves with hard work in the fields and it does not give me a sense of dignity. Personal thinking. 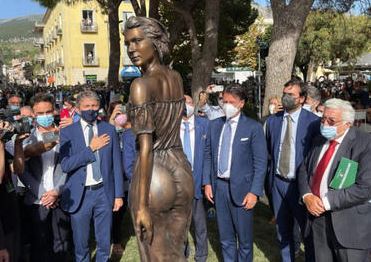 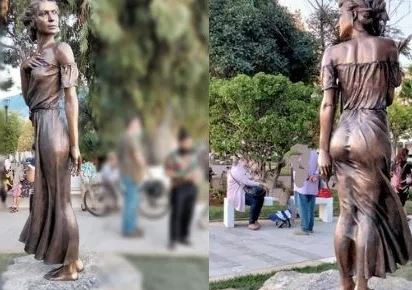 Thanks for the information, I found a lot of interesting information here. Keep sharing such informative post.